in the studio “L'Oiseau” 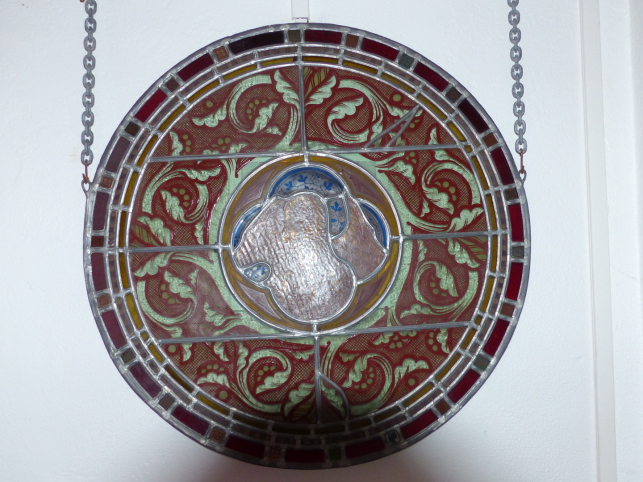 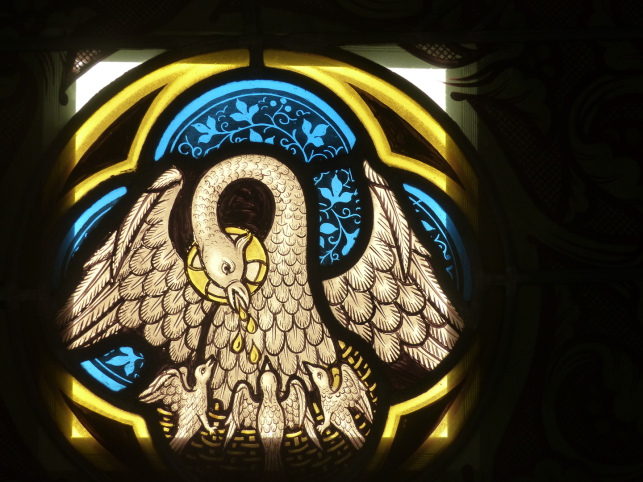 Created following the construction of the chapel of the Sint-Lodewijk College in Bruges, when episcopal colleges after the Belgian independence again could be established.

The period previously, there was an almost complete absence of free catholic education, especially under the Austrian control, the French rule characterized i.a. by the Concordat of 1801 between Consul Napoleon Bonaparte and the Pope, and finally the Dutch rule.

The Sint-Lodewijk College is a pure nature Catholic Institute.

Frans Boussen, first Bishop of the recreated Diocese of Bruges (after being abolished under Consul Napoléon Bonaparte), founds it as Bishop’s college in 1834.

It should come as no surprise that one having a private chapel.

In 1860 writes Bishop Mgr. Malou - successor of Mgr. Boussen -  in a letter, that having a chapel is more important than having a gymnasium.

The chapel was consecrated on 9 October 1884, the day on which the 50-year anniversary of the college was celebrated.


The Pelican is a symbol of the city of Bruges, but is also a Christian symbol.

According to the popular belief the pelican injures himself to the chest to feed on his blood his baby pelicans.

The pelican is also the symbol of the Noble Confrerie of the Holy blood that according to tradition was brought to Bruges by Diederik van den Elzas on his return from the crusades to Bruges.

in the studio “La Bergerie” 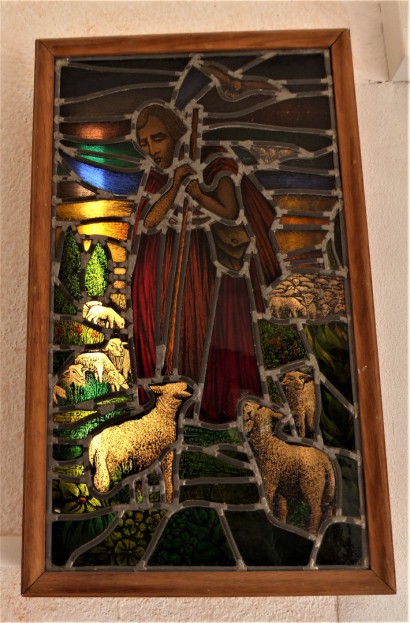 Scene from the Old Testament 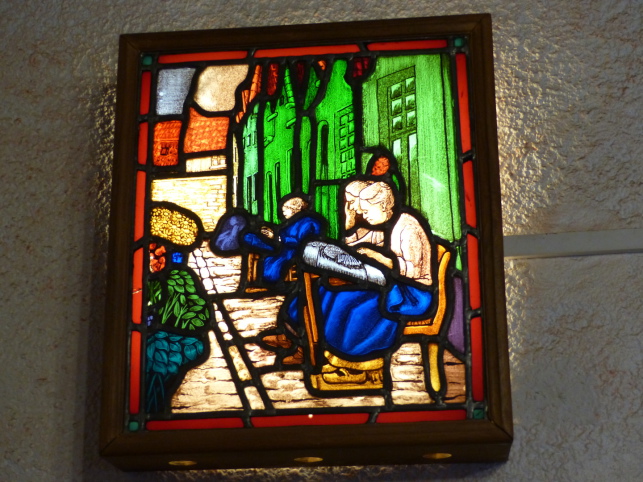 The old stained-glass art in Flanders has a rich history.
Where a church is built, expanded and embellished, there comes the master glazier for granted. That is a centuries-long use.

Having regard to the development of the secular interior, the stained-glass window however also knew a strong flowering and development outside the church.

Is stained-glass on its place in the church, then that is no less in the secular domain.

Burn the glass for the Church is destined to rendition of the folk religious experience of the Saints, studying of biblical events, with bold legends of Saints. Typical Church attributes such as crowns, mitres and gold are used.

At the glass burn for secular use come totally different topics. There is an image of everything within a people lives, in which it is moving, and how it expresses itself.

The stained-glass windows were in general voluntary donations of princes, nobles, bishops, but also of associations, administrations, and chiefs.

Some cases however are known where Governments interfered for reduced sentences provided the free realisation of a work such as for a government building.