in the studios ”Les Moulins à Vent”, “Chien et Faisan”, and in the Office of sas Villa Eglantine 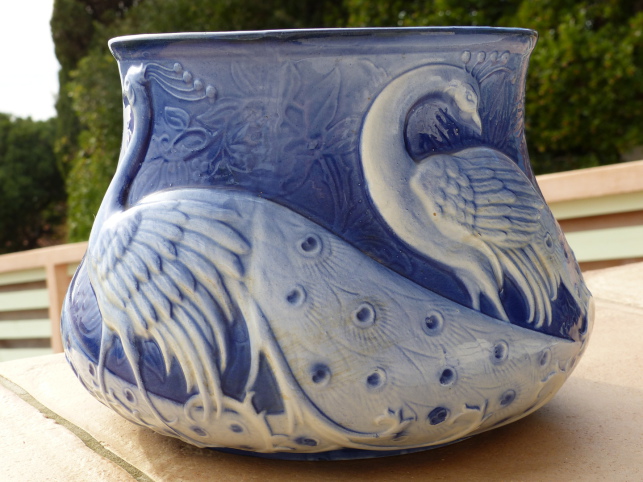 Large Delft Blue vase with the CK brand, and numbered.

Attributed to Cornelis Kale, owner of the faience bakkery «the Metaale Pot» in the period 1724-1757. 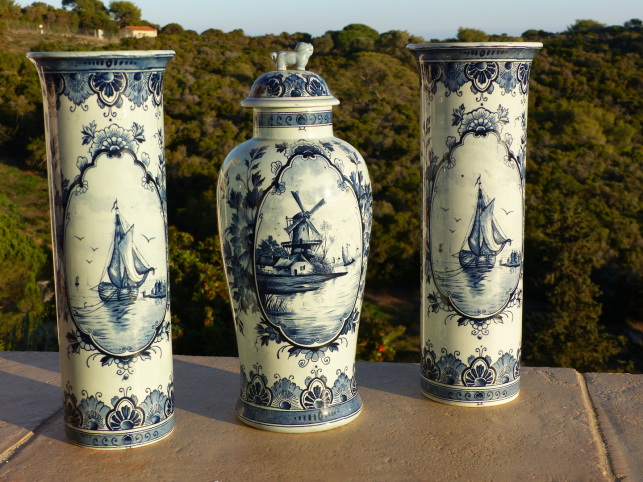 Two open vases and one with cornet. 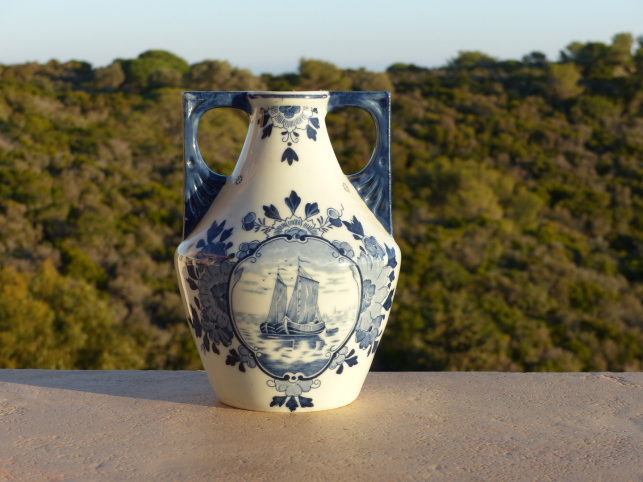 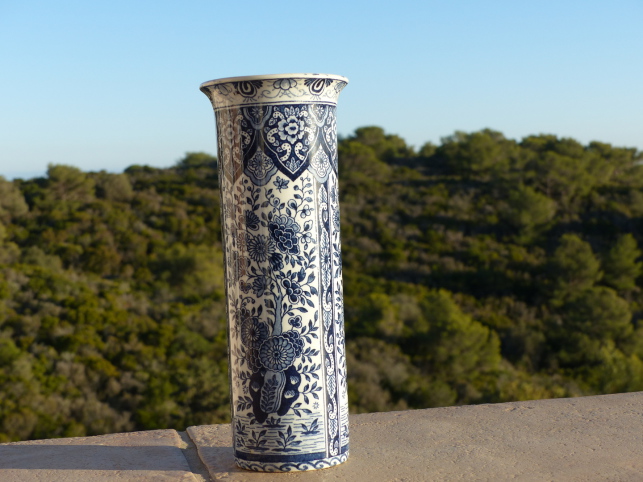 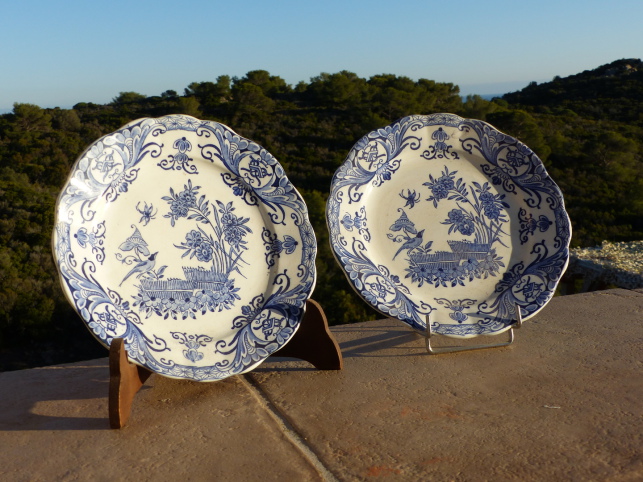 Round plates with flower inspired shapes, in Chinese taste. 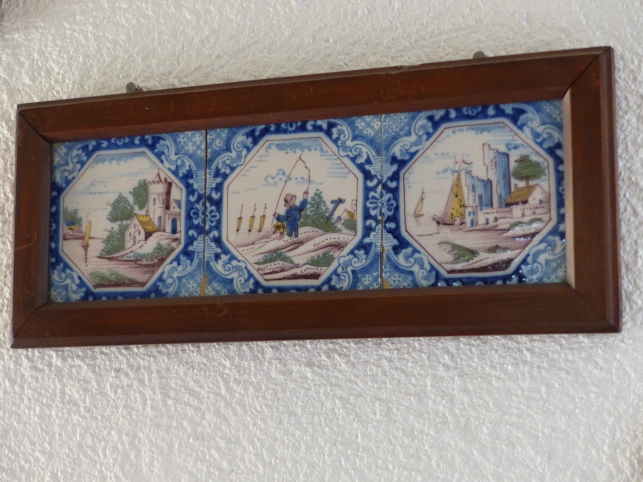 Compositions of 1 up to 3 tiles.

Decors of the Dutch people's life, with typical Dutch landscapes. 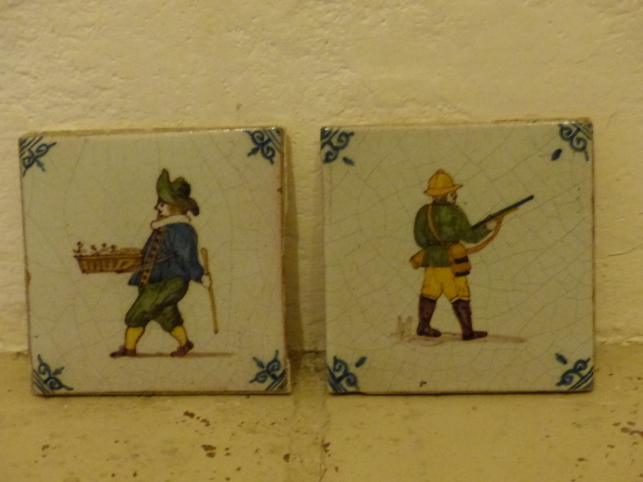 Delft Blue, the very recognizable white porcelain with sumptuous blue decorations is one of the typical icons of Netherlands. It has a rich history.

During the Golden Century Chinese porcelain was greatly appreciated, but in that time, only the most wealthy Dutch could afford themselves this luxury.

Therefore, ordinary citizens dit not let it thereby and Dutch potters went their own pottery making by using cheaper materials.

However, only when Italian, Spanish and Portuguese potters fled the Spanish Inquisition and went to Antwerp and Delft, was born the famous Delft Blue.

This new pottery had very many similarities with Chinese porcelain, but was made of earthenware in place of porcelain, which was then covered with white glaze and decorated with religious images and typical Dutch landscapes, where windmills and fishing boats often got a prominent role.

Except plates and ornaments went the Delft potters also to produce Delft Blue tiles. To this day, many of which can be found in Dutch kitchens and bathrooms.

Between the seventeenth and nineteenth century Delft Blue was so popular, especially among wealthy families who liked make a parade with their collection, that the potters hardly could handle the demand.

When in 1654 a number of local breweries in Delft were devastated by a gunpowder explosion saw the Delft potters the opportunity to transform the buildings having become vacant to potteries, so they could even more Delft Blue produce.

By the end of the eighteenth century, the Delft Blue had stiff competition to fear from British porcelain, causing many potteries had to close their doors in Delft.

in the studios “Les Tournesols”, “La Bergerie”, “Venise du Nord”, and in the Office of sas Villa Eglantine 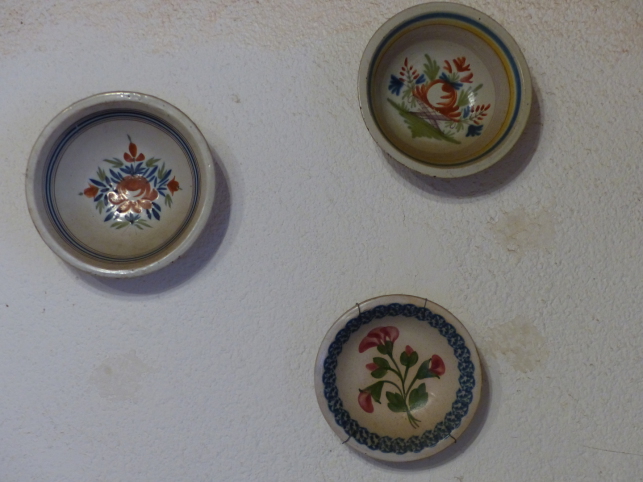 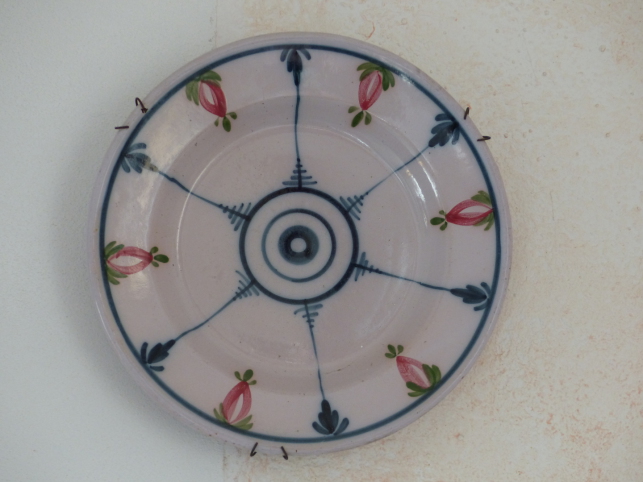 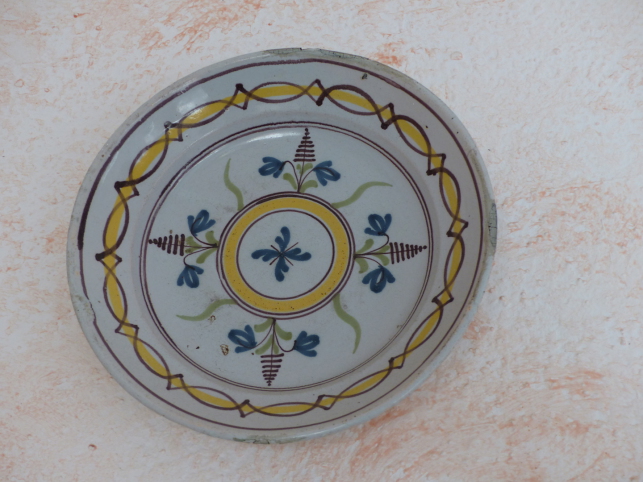 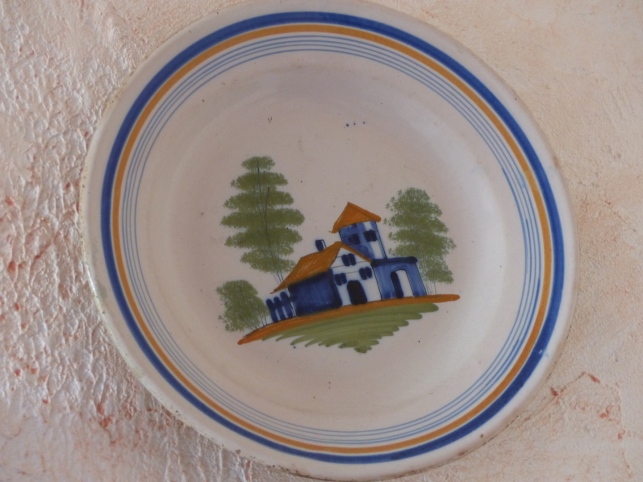 The Flemish pottery has a long tradition going back to the middle ages.
In the archives such as those of Torhout this pottery is mentioned as early as 1542.

The motives (characteristic of Torhouts pottery) were with colored angobe, and typical colours were obtained by mixing clay with metallic oxides.
For example: lithium cobalt oxide for blue, copper oxide for green, and with manganese oxide was used leadmenie for brown as glazing product.

The pottery was "monocuisson" baked in a coal and wood-fired oven.

The Flemish pottery were originally ordinary utensils with local red clay types, without any adornment and covered with lead glaze.

From 1895 was started with the manufacture of mainly art pottery, such as vases, jugs, tobacco jars and other ornamental pieces sometimes with flowers in highrelief.

A common decoration are flowers in a flat relief, in which the decoration was often prepared with inscraped contours lines.

In the 20th century, with the rise of “Art Nouveau” style, beautiful pieces of pottery were manufactured also in “Art Nouveau”. 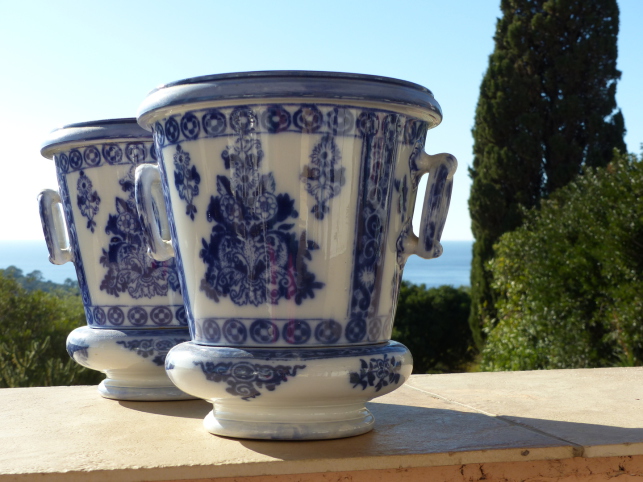 Petrus Regout is an industrialist and politician from Holland.

In 1827 he founded a glassworks and pottery producing common earthenware for the local market and then from 1834 copia fine English earthenware, employing around 1840 the workers and British equipment; in 1870 his sons become co-chairs the social reason became N.V Petrus Dominicus Laurentius Regout

In 1827 he founded a glass factory, followed by a pottery factory for the local market.

As from 1834 he copied English pottery, and around 1840 he had English workers, and used English material.

The Chinese-inspired decor approaches the manufacture of Delft Blue.

In 1870, his sons becoming co-directors, the factory continued under the name N.V. Petrus Regout and Co. 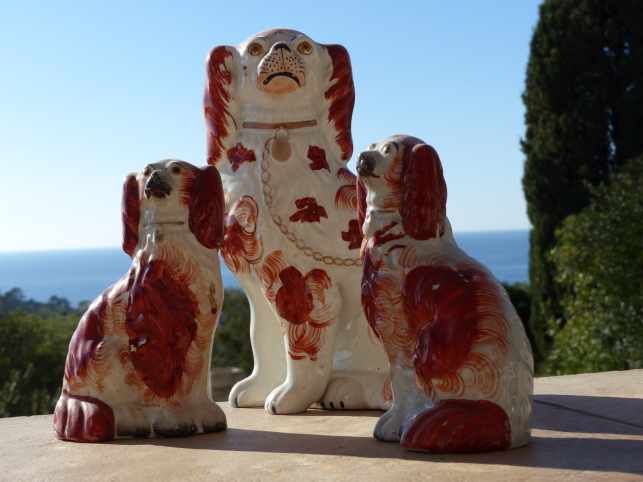 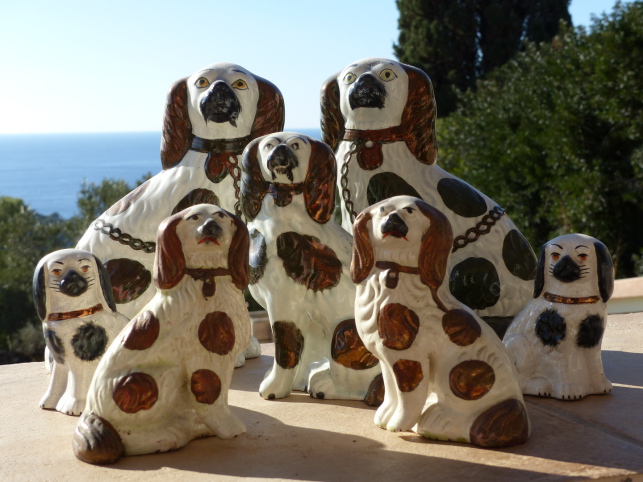 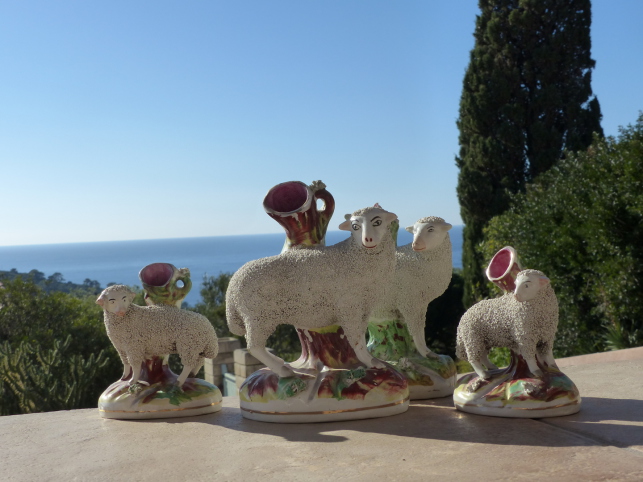 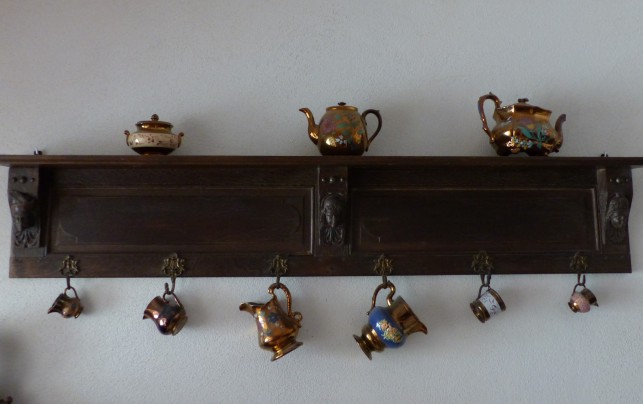 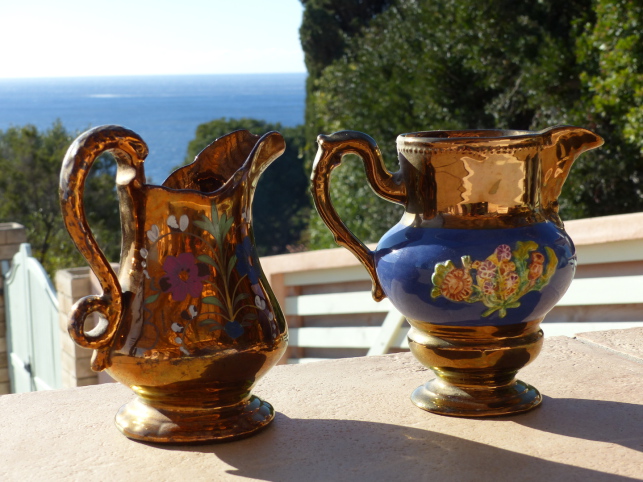 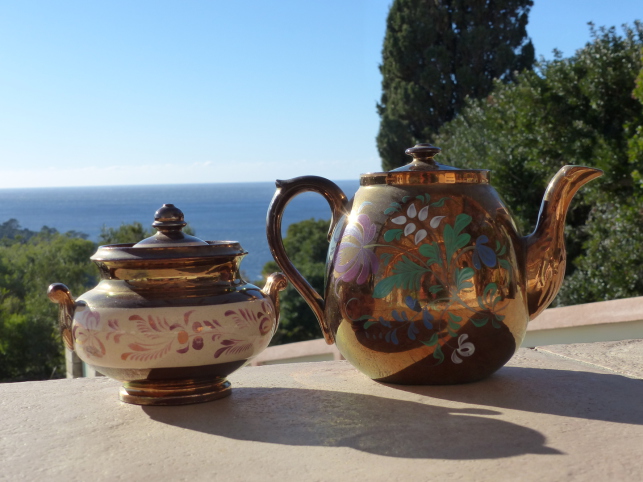 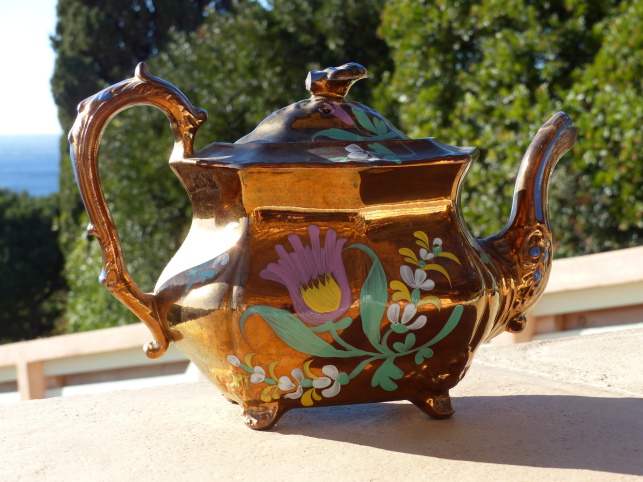 Staffordshire, England, is a district with traditional manufacture of pottery and porcelain since 1700.

Hundreds of ovens are still working in the area.
Many types of pottery and porcelain were and are still manufactured.

Private collections of Staffordshire figures of dogs or other animals, royalties, and other important historical persons, and of cupper worked porcelain, are located in the United Kingdom, Belgium, France, and especially the United States.

Some of the most famous historical creators of Staffordshire are Adams, Davenport Ridgway, Rowland & Marsellus, Royal Doulton, Royal Worcester, Spode, and Wedgwood. 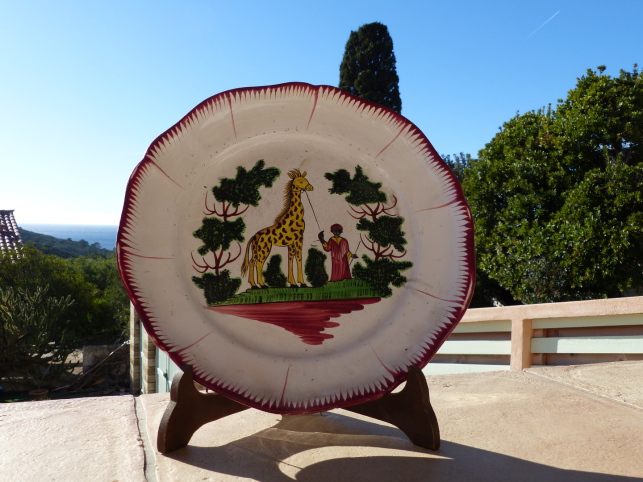 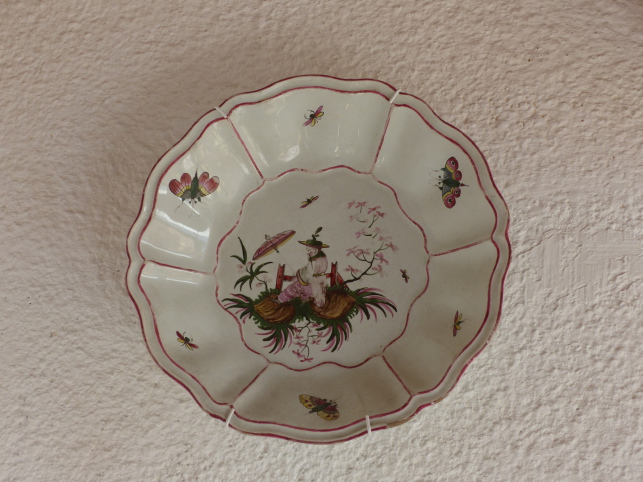 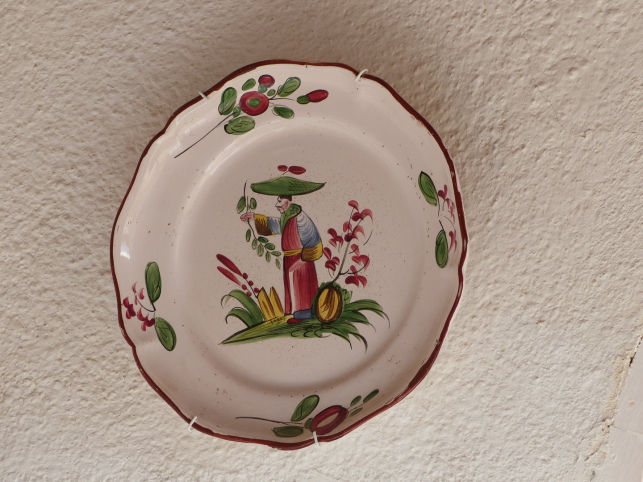 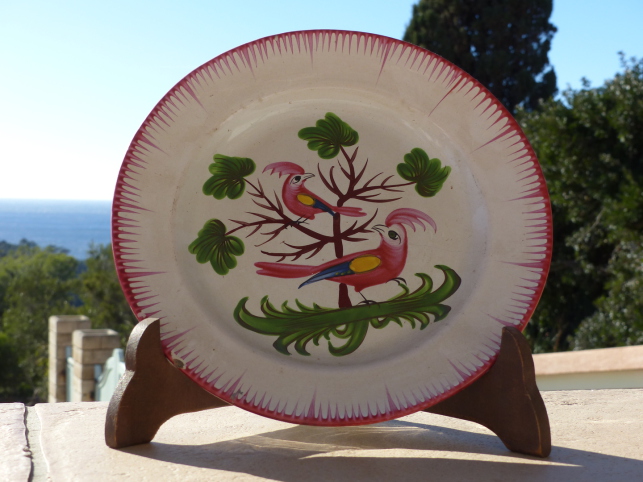 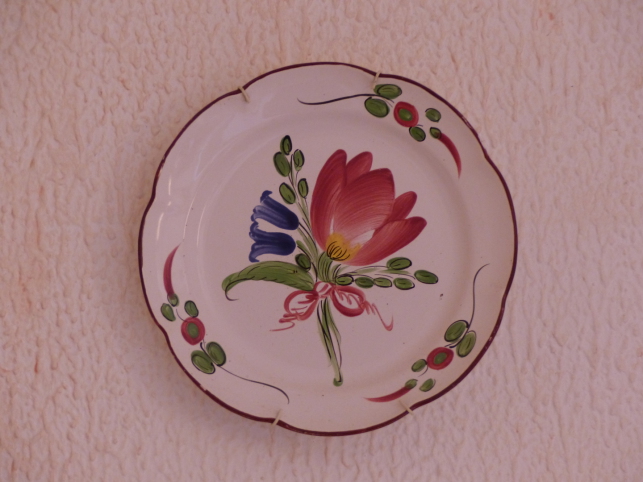 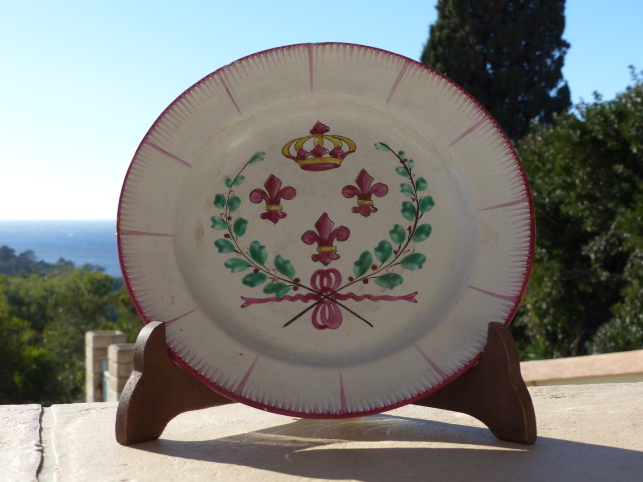 Three generations of the family Hannong are during the 18th century (between 1721 and 1784) to the origin of production of Strasbourg and Haguenau Alsace pottery, and the Frankenthal porcelain factory in the Palts.

Different types of productions can be differentiated depending on their time:

The productions can also be differentiated according to their decoration and form:
from 1735 to 1745: the flower of the Indies, hunting scenes, Chinese, and biblical subjects;
from 1745 to 1781: the use of "pourpre the Cassius" for putting the color;
from 1765 to 1775: decorative and Chinese forms, trompe l'oeil, table attributes, torches, and figurines.