Textile of the former Kingdom of the Bakuba

The traditional former Congo was characterized by matriarchal forms of governance, as in so many old African societies.
The primitive ancestor was necessarily a woman, if not in reality, at least symbolically.

The Kubas or Bakuba (ba gives the plural) are an ethnic group in the centre of the Democratic Republic of the Congo.
The Bakuba are known for their majestic art and textiles.

The Bakuba speak a Bantu language.

The Kingdom of Kuba has its origins in the years 1600.
A centralized and hierarchical society developed a court culture.
The Kingdom of the Bakuba was a State and a political entity with nearly 20 various Bantu ethnic groups arose from various Bantu States (including the Luba, the Leele, the Pende, the Dengese and the Wongo).

The Kingdom of the Bakuba covers various parts of the Democratic Republic of the Congo, such as the Sankourou and the Kasaï Provinces.

The person of the King is sacred, and surrounded by a ritual complex. The Queen Mother and the sister of the King play an important role given the matrilineal tradition and legacy.

The absolute power of the King, however, is tempered by a Governing Board consisting of six senior officials, including a Treasurer who collects the taxes, the Nibito (judge in criminal matters) and four dignitaries who are at the same time the Governors of the four provinces. The members of the Board are selected from the Royal clan of the Mbala, but the other clans of the Kingdom may also be represented before the Court.

Also the Twa Pygmies, the various crafts such as blacksmiths and weavers, and the fathers of twins each have their representative to the Court. 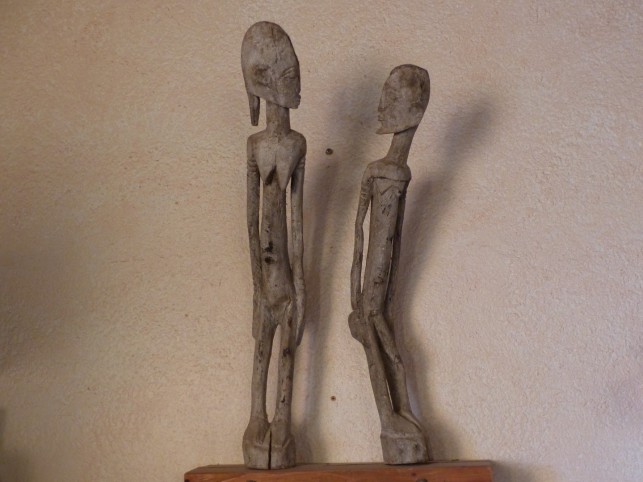 The Dogon country area within the State of Mali is made up of three geographical entities: the cliff (classified world heritage by UNESCO), the plateau with difficult access, and the plain which extends to Burkina Faso.

The indigenous population of Dogon country has a very special life style with a little accessible own mindset and a well-defined secret spiritual life.

Fighters from the Equator Province

on the African outdoor saloon of Villa Eglantine 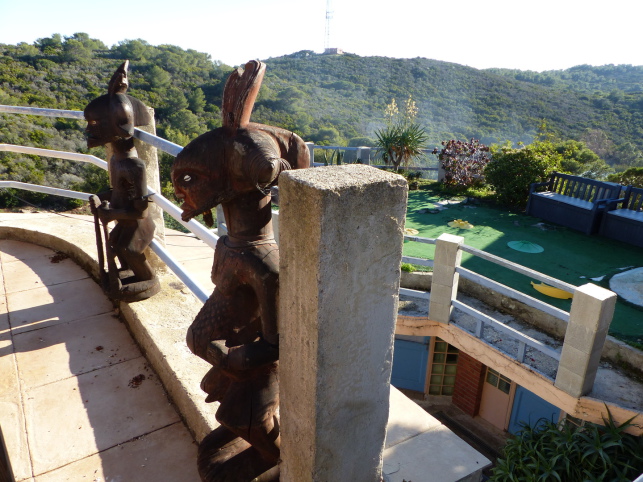 on the African outdoor saloon of Villa Eglantine 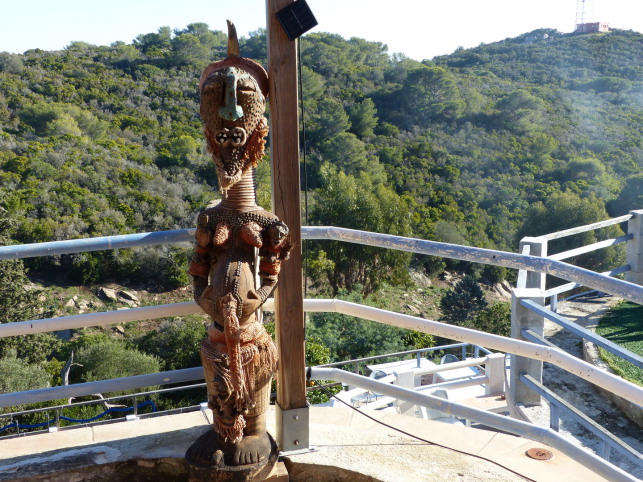 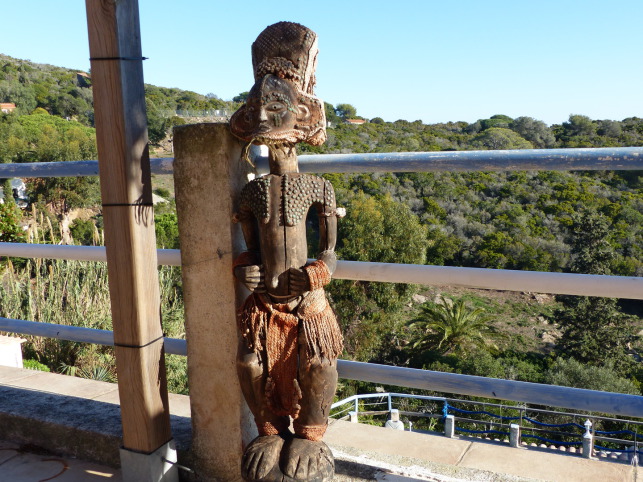 Queen and Prince of East-Kasaï.

in de studios “Out of Africa” and “Les Papillons”

Busts of women in colored cupper and on leather. 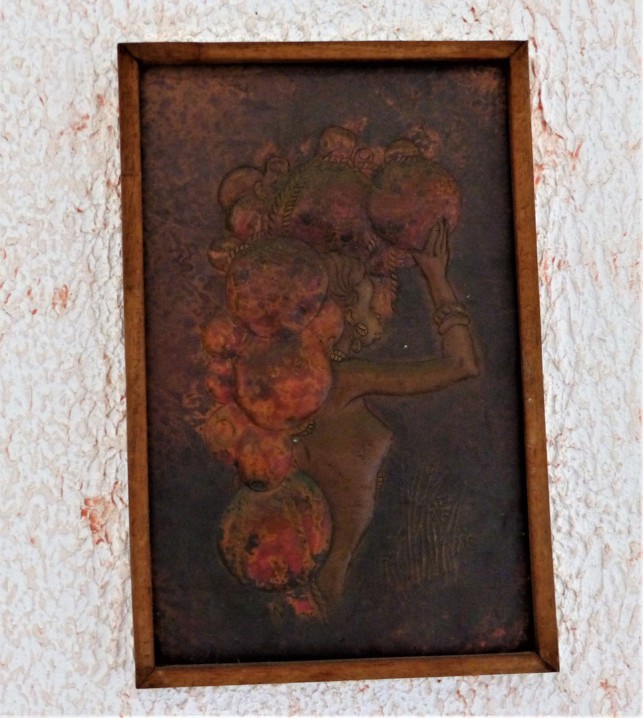 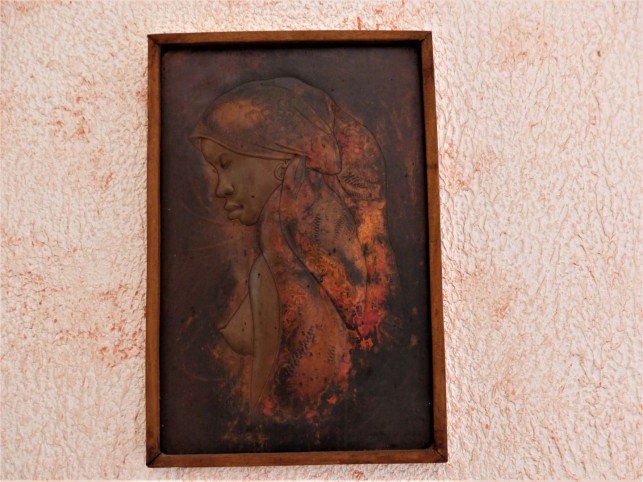 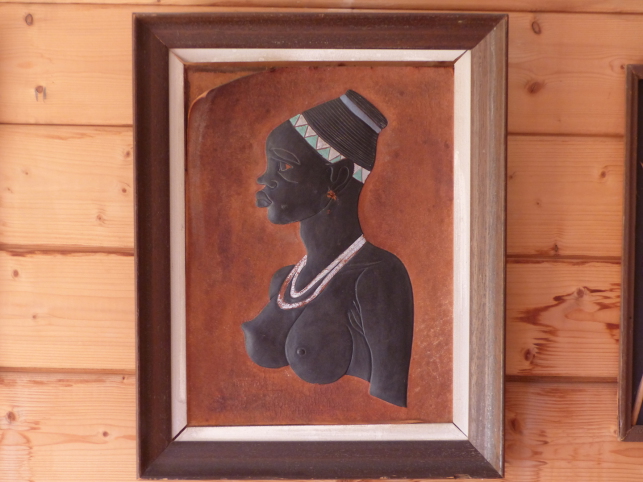 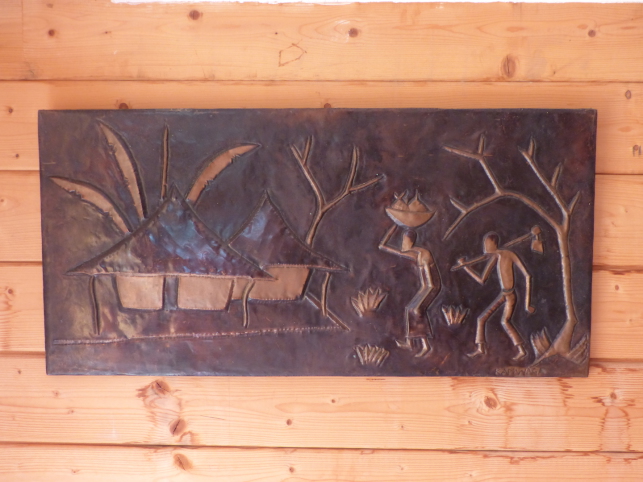