in the studio ”Les Jonques” 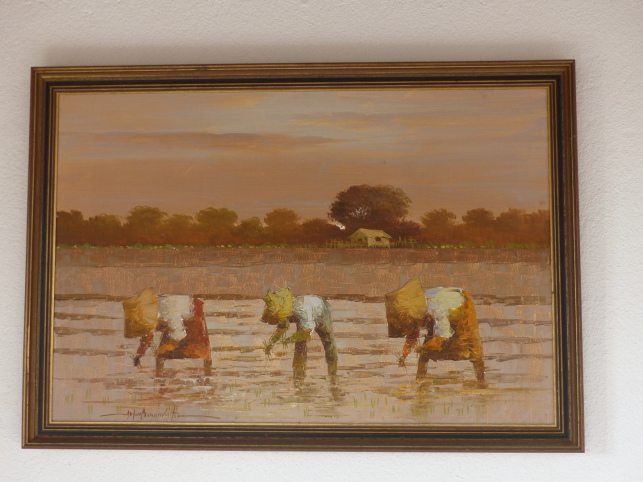 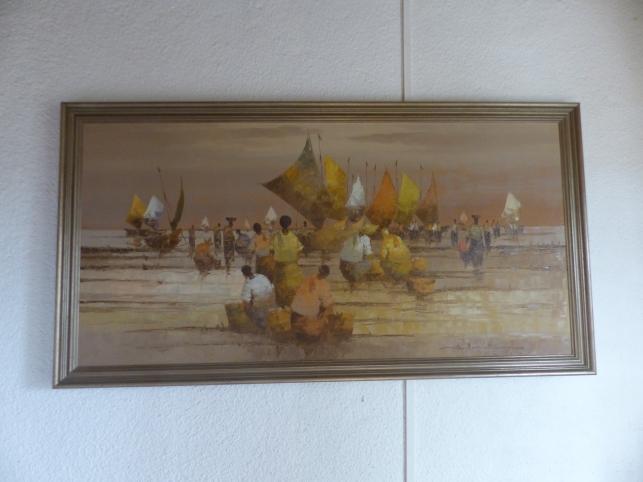 Born in 1942 and died in 1982. Grew up in a prominent artistic family in Bulacan, a province north of Manila, Philippines.

After brief studies at the University of Santo Tomas, he became a pupil of his uncle Cesar Buenventura who during this time, the years 1960, was on the summum of his artistic career as master painter of impressionist landscapes.

Cesar Buenventura used a palette knife in order to bring about an emotional expression, mitigated by impressionism learned from his uncle Cesar. So he gave «a rather modernist image of traditional scenes» (Dr. David Wurfel).

Alfredo has died of a heart disease a short time before his 40th birthday.

His paintings are part of private collections in the United States, Spain, France, and the Philippines, as well as of the public collection of the «York Centre for Asian Research». 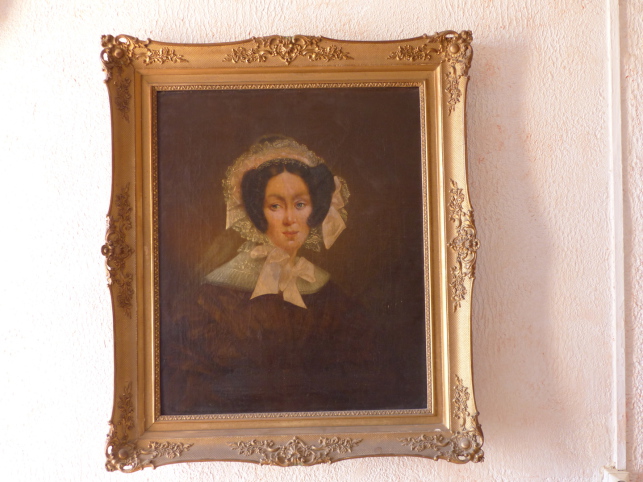 As a painter, Edouard Auguste Wallays put emphasis on scenes from the history of Bruges, to religious subjects, and especially portraits.

He received his education at the Academy of Antwerp and Bruges.

From 1835 to 1839, he lived in Paris where he was a student of Albert Grégoire and Antoine-Jean Gros.

The art of portrait painting he has been mainly taught by Antoine-Jean Gros, himself student of Louis David.

Louis David had at about forty students including Girodet, Gérard, Gros and Ingres who became the most celebrities.

Louis David himself had been educated at the Royal Academy of Painting and Sculpture in Paris, of which he became a member.

The work of Louis David and the most famous of his students, as of their own disciples, in addition to private collections, are exposed in the most prestigious museums in the United States and Europe, the majority of which in the Louvre Museum.

After his period of painter to the Court of Napoléon Bonaparte, Louis David sought asylum in Belgium during the time of Louis XVI.

He continued his artistic activities until his death in 1825.

Himself being a noble, his introductions to many of the aristocratic families troughout Europe (so he was a best friend of Henri-Claude Greindl and the portrait of his brother Joseph Greindl is attributed to him), as well as the links with his students and their followers led to stretch his mastery of the art far beyond Paris.

Edouard Wallays is one of the most talented portrait painters of this school of Louis David. 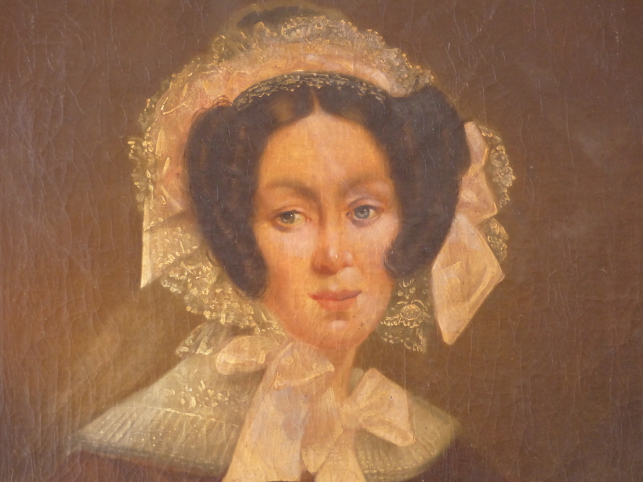 Portrait painting of the Baroness Greindl, born Eléonore Foulle in 1799 and died in 1884.

Wife of the Baron Léonard Greindl, General of the Army and Minister of War.

Léonard Greindl took part to the battle of Waterloo on 18 June 1815 in the Dutch-Belgian rows ordered by the Prince of Oranje.

In 1830 he comes into military service to Belgian side, and it's up to Léonard Greidl that the Dutch garrison of the fortress of Charleroi 5 October surrender.

He obtained that the city with all the present war material was surrendered by the Dutch.

The Dutch soldiers left their weapons in the arsenal, and the Belgian soldiers who wished not to remain in the service of the Netherlands could go back home.

in the studio "Le Pêcheur" 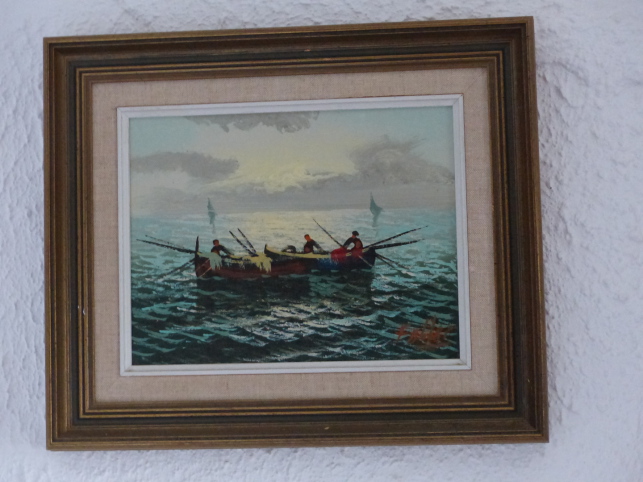 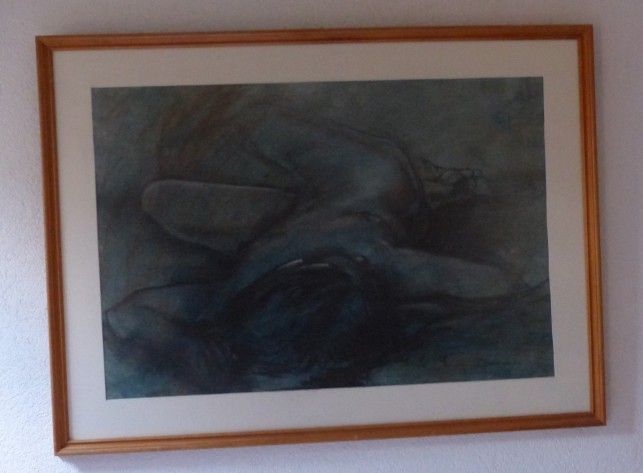 International Price for Water-Colour Painting of Japan in 1962, and Price of the Ministry of Culture of Belgium in 1964.

in the studio ”Les Tournesols” 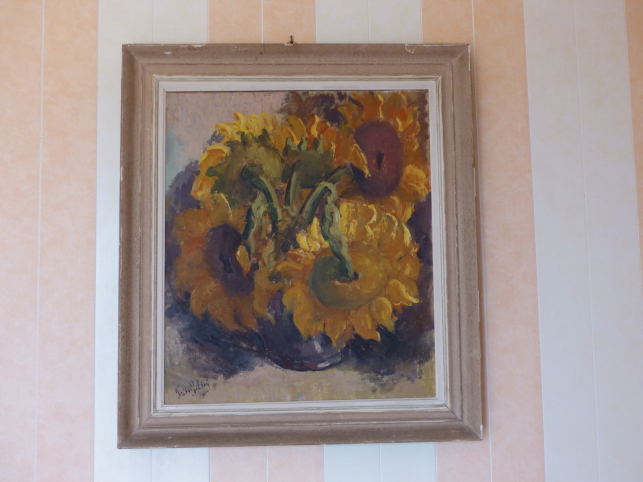 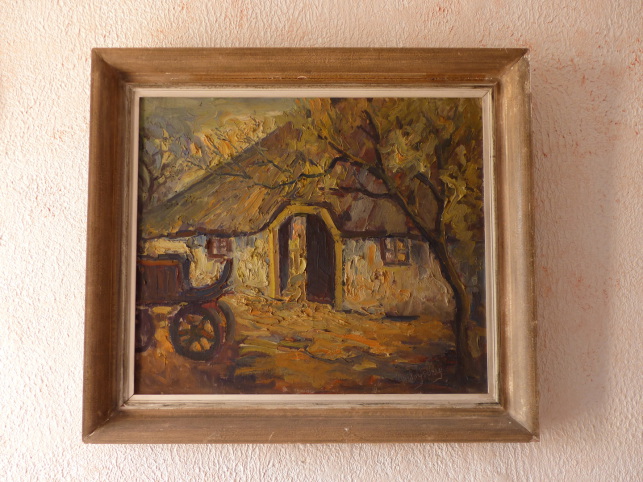 Laureate of the Royal subsidy for painting Queen Juliana (Netherlands). Giltay has exhibited in the Stedelijk Museum of Amsterdam, Concertgebouw of Bruges, the Casino of Blankenberge, in Paris, as well as in the United States.

in the studio “Les Tournesols” 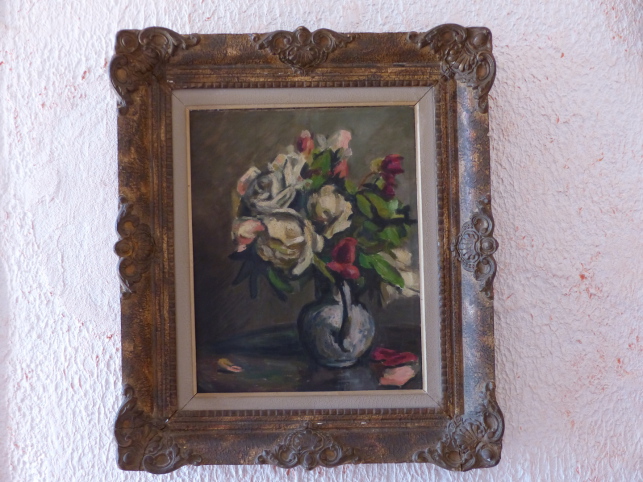 Born in Saint-Gilles (Brussels) in September 1876 in a large family where he is the only son. His father was a furniture maker. Very young he shows talent for drawing.

He follows the evening classes of the Academy of Saint-Gilles, where he won the silver medal in 1905 and gold in 1907.

He doesn't hang out in the exclusive representation of the human figure (favorite subject of these courses), but soon embarks on a passionate study of the landscape: no one that was developed in the sometimes bleak clarity of workshops then, but the one who lives according to the light variations, changes in the moonlight, in the bright glow of the sun, through the variable nuances of daily and seasonal cycles.

He went on holidays in Italy, France and Germany. Of course, attracted by the visit of prestigious museums, this cached also his disappointment: "I could not stay long in these rooms or in these dark churches, so much I was attracted by the light" he wrote in Italy.

His research on light and color led to the development, with the collaboration of physicists interested in the question, of a personal theory that he exhibited, and introduced in his paintings in the Studio Room in April 1919.

As early as from 1906 he took part in several collective exhibitions: the Triennial of Namur, Liège, Antwerp, the Artistic Circle in Brussels, and the Fair of Tunis (1912-1914).

Personal exhibitions continue regularly as from 1910.

Jean-Louis Minne crosses the countryside of Brabant. He stops in the proximity of farms, farmers at work, children, pets and, of course, the landscapes.

However it is especially the forest that inspires him: he wants looks for  harmony, rhythm and monumentality, he is "the Cantor” of the forest, like Sander Pierron qualifies him, in his "History of the Forêt de Soignes".

The artist in Uccle.

It is without any doubt his love for the forest that made him to leave Saint-Gilles for a small house in Fort-Jaco (Uccle).

His house in Avenue Victor Emmanuel III became a strategic location on the edge of his beloved forest. It is in this house that he stayed the rest of his life, until his death in June 1951.

A retrospective of his work was presented in Brussels, Galerie Lautrec in 1956.

The municipality of Uccle tributed him in the Cultural Centre in 1962.

in the studio “Le Cheval Blanc” 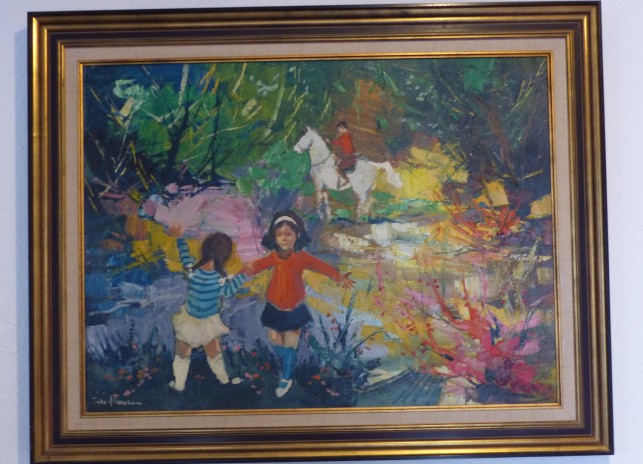 Graduate of the Liceo Artistico di Palermo, from the Studio di Cesare Monti in Milan, and of the Accademia libera del Nudo in Rome.

in the studio "Le Pêcheur" 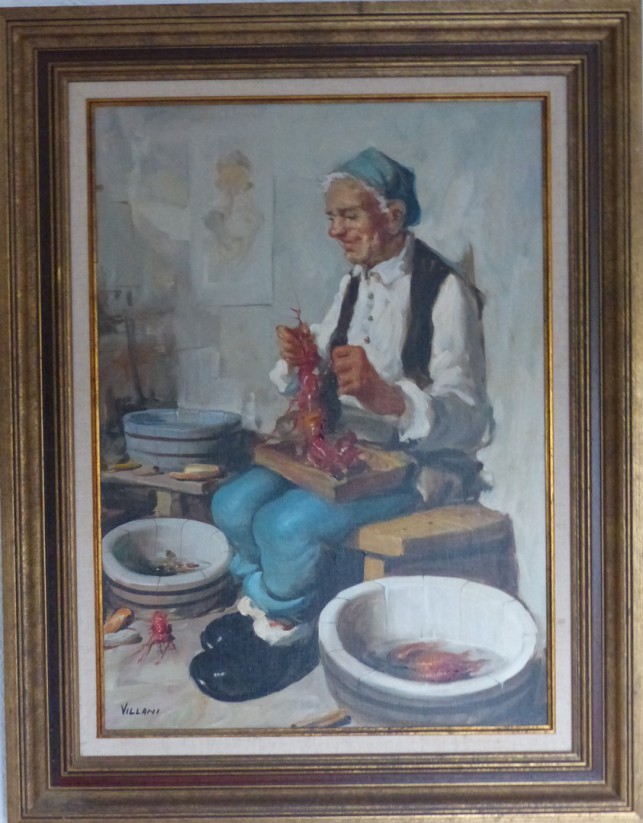 Graduated from the Faculty of Plastic Arts of São Paulo, of the Watford School of Arts of London, and the Ecole Nationale des Beaux-Arts of Paris.

Di Villiani has exhibited in the Musée des Beaux-Arts in Agen (1997), at the Foundation Peter und Irene Ludwig of Aachen, in the Passage de Retz in Paris (1998), at the Pinacoteca del Estado of Sao Paulo, the Casa França-Brasilvan Rio de Janeiro, Credac of Ivry-sur-Seine (2004), at the Centre for Contemporary Art 10neuf of Montbéliard (2005), at the Gallery Laage-Salomon, at the Gallery Jacqueline Moussion, the Maison de l'Amérique Latine in Paris, at the Art Museum of Sao Paulo (1987), at the FIAC (2002, 2005), at the Modernidade, Don't call it performance, at the Museum Queen Sofia of Madrid (2002), at the Museo del Barrio of New York (2004), the Fri-Art in Freiburg, at the Art Concrete of the Fondation Daniela Chappard of Biarritz, at the Vivre of Paris in the Espace Electra, and at the Foundation EDF in Paris.

in the studio “ Les Voiles” 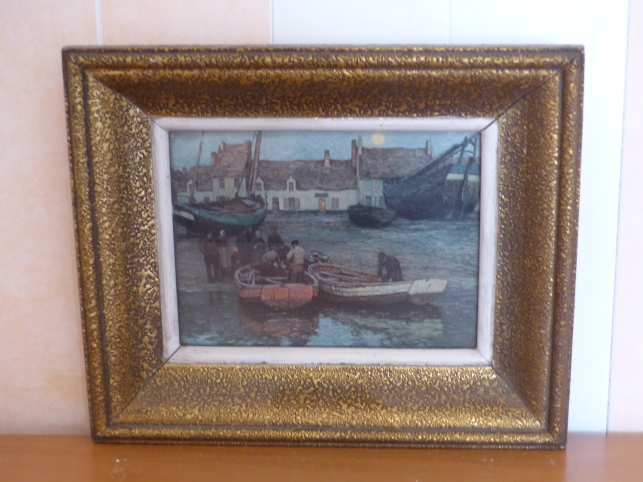 Largely associated with the artistic life of the turn of the century in Paris and London, was Harry Van der Weyden, although born in Boston (September 8, 1868), not a product of the School of Boston.

He won a scholarship and went to study at the Slade School in London when he was nineteen.

He spent the school year 1890-91 at the Académie Julian in Paris, along with Jean-Paul Laurens, Benjamin Constant and Jules-Joseph Lefebvre.

He exhibited at the Salon de Paris of 1891, after which several exhibitions followed on each other.